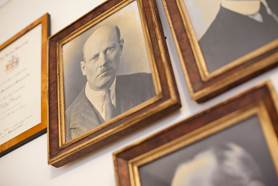 The Woodroffe family has been associated with the law for getting on for 1000 years.  Brehan Le Woderove was a Judge in Yorkshire in or around 1293; he was also Woodreeve for the County of Richmond and took the name Le Woderove, it is believed, because of his appointment as a Woodreeve.  His father Mehanoc De Aulerston, who came over from Brittany in or around 1250, was also a Judge; in addition, he was appointed Woodreeve for the Royal Forest of Pickering by King Henry III.

It is interesting to note that a Woodreeve (like the Shire Reeve who administered the Shires, later called the Sheriff) was appointed by the Crown and that his duties were to administer the Royal Forests, safeguard the game and to carry out a judicial functions within Royal Forests.  The family name of Woodroffe (derived from Woderove) has always, therefore, had a strong legal connections.  Brehan’s son Oliver Le Woderove and his great grandson Sir John Woderove were both Justices in Eyre (Itinerant Judges): the former was also a Justice in Trail-Baston (a Judge specially appointed by King Edward I to try high officers of state accused of serious offences).  In 1376 John Le Woderove who was First Master of Theology at Oxford University and Royal Confessor to King Edward III was appointed Consiliarius (or counsellor) to Pope Gregory XI: as such he was with other duties legal adviser to the Pope.  Roger Woodroffe, in the 15th Century, was Keeper of the High Peak Forest in Derbyshire, an office carrying the responsibility of presiding over the Forest Eyre.  Sir Nicholas Woodroffe had the thorny task in 1430 of being Lancastrian Governor of York.  In 1540 Sir William Woodroffe was Attorney-General and subsequently became one of Mary Tudor’s Justices Itinerant: on the accession of Queen Elizabeth I, not surprisingly, he was thrown into the Tower of London!  His cousin, David, was Sheriff of London in 1554; the latter’s son Sir Nicholas Woodroffe as Lord Mayor of London in 1579 was chairman of the Mayors Court and entitled to sit as a Judge in the Criminal Courts (he was also MP for London in 1584).  Richard Woodroffe, a member of Gray’s Inn around 1614 became entitled to the Barony of Poynings and five other Baronies; his nearest descendant, who may be a United State citizen, is entitled to be the present holder of the titles; in 1617 Richard was expelled from the Inn for failing to attend at Chapel, for a period of one year!  Since 1526 nine members of the family have been admitted to Gray’s Inn.  Other members of the family at various times have held legal office including Constable of Wakefield Castle, Chamberlain of Yorkshire, Warden of Poitou, Steward of the West Riding, Seneschal of York, Legal Member of the Council of the North, High Sheriff of Surrey and High Sheriff of Yorkshire.  For some centuries, at the family seat Woolley Hall, near Wakefield, the head of the family as Lord of the Manor sat as a Magistrate in the Manorial Court (Woolley, listed in the Domesday Book, is derived from the Anglo-Saxon Wiluelai meaning lair of wolves).  The Woodroffe family has throughout its history produced numerous Barristers and Solicitors and a number of Judges, including some Judges in Commonwealth countries. In the firm’s Centenary Year, 1977, Sir Peter Woodroffe-Foster was a High Court Judge. 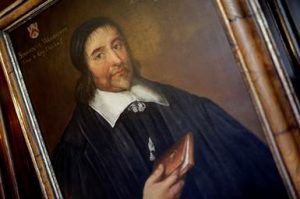 The firm of Woodroffes was founded by Charles Gover Woodroffe who was admitted as a solicitor in 1874 taking third place in order of merit with a distinction in his examination results.  He joined an elderly solicitor, Henry Silvester practising on his own at 18 and 19 Great Dover Street in Southwark.  It is believed that CG Woodroffe’s great uncle, William Gover who owned a house in Great Dover Street introduced him to Henry Silvester.  Research at the Law Society has shown that Silvester was admitted in 1826.  Reference to the Poor Rate Register in 1829 and Robson’s London Directory of 1839 shows that Silvester first occupied premises in Great Dover Street in 1829 shortly after the street was built.  This establishes the date of the commencement of the practice.  CG Woodroffe went into partnership with Silvester in May 1877 and purchased the practice on the latter’s retirement in 1880 carrying it on under his own name.  Silvester died in 1890 and his Memorial stands in St George’s Church, Southwark.

William Gover had a son, Henry Gover, who in 1855 founded another firm of solicitors, Henry Gover & Son nearby in Trinity Street; his son, two grandsons and great grandson practised there until 1971 when the firm was amalgamated with Royds Barfield & Company with whom his great grandson, John Gover D.F.C. was a partner.  CG Woodroffe’s first cousin was John M Gover K.C. who from time to time was briefed by Woodroffes; his daughter Ms Nancy Gover was one of the first women to be called to the Bar.

In 1889 CG Woodroffe was joined in partnership by his brother Edward Woodroffe whose two sons, Kenneth (better known as “KD”) and Geoffrey both came into the partnership in 1920.  They worked in the firm all their lives save during their period of Army Service during the 1914-18 War.  They brought into partnership WD Gibbs in 1928 who was active in local government; as Mayor of Bromley at the age of 32 he was the youngest Mayor in the country; he left the firm when he joined the army on active service in 1939-45 War.  He later became well known in the rugby football world as a secretary to the RFU.

In 1940 a depleted staff continued at Great Dover Street, by now in numbers 17, 18 and 19, the freeholds of which were owned by the firm (they were acquired some years previously from St Thomas’s Hospital).

In May 1941 the office was burnt down during a heavy air raid on a Sunday night; on the Monday morning KD arrived to see a forlorn staff standing in front of a heap of burning timbers.  The strongroom and the basement remained and with help from the London fire brigade who played the hoses on the strongroom door for a minute had a time to cool it down, many deeds and papers were rescued enabling the business to continue.  The whole firm moved into a branch office in Westminster Bridge Road which had been maintained since 1912 (there was another office of the firm in the City which commenced around 1900 and was closed in 1940).

CG retired in 1941 at the age of 90.  The only reason that he did this was because he became rather deaf and could not hear when bombs exploded and therefore when to take cover!  One “Flying Bomb” exploded outside the Westminster Bridge Road office in 1941 shattering all the windows and doors in the building which otherwise survived intact.  Inevitably, CG died a few months after his retirement.

KD’s son, Peter Woodroffe, joined the partnership in 1954.  In 1956 Peter set up a branch office at Raynes Park near Wimbledon which flourished until the late 1980s.  Peter became a partner in 1960 and in 1967 was joined in partnership by Richard Grimsdell (who had been articled to WD Gibbs in 1934 and who remained with the firm thereafter save during his Army Service in the 1939-45 War) and subsequently by Sir William  van Straubenzee who was Conservative MP for Wokingham.  Geoffrey Woodroffe retired in 1966 and KD died at the age of 87 still very much “in harness”.

In the late 1970s the firm went into a form of merger with Crofts&Ingram and Wyatt&Co, the partners of which became partners of Woodroffes and vice versa. The senior partner of CIW was William Vaughan whose wife Rosemary, also a solicitor, was the daughter of Maud Crofts, the first lady solicitor in England. William and Rosemary’s daughter Mary was also a solicitor and a partner in both firms. The partnership can therefore claim to be the first and possibly only firm in England (if not anywhere else) to have had three generations by succession of both male and female partners.

In 1996 the firm relocated to offices at 36 Ebury Street in Belgravia where it occupied the entirety of a Regency House.  Roger Brown joined Peter in the partnership in the year 2000 having joined the firm in 1993 from a large West End firm.  In 2006 the partnership expanded again moving to its present larger premises at Numbers 5 and 7 Beeston Place, sandwiched between Buckingham Palace and the Goring Hotel. Philip Gordon-Smith joined the partnership at this stage having been with the firm as head of litigation since 2000.

Peter retired from the position of senior partner on 1st January 2010 after 50 years of partnership in the firm. Peter remains a full time and fully active consultant to the practice and continues to head the Education and Private Client Departments, rarely recording less than 50 hour a week.

Whilst the nature of legal practice and business methods has changed dramatically over the 130 years of the firm’s existence and the firm along with it, the core values of a general practice offering the highest quality tailored services to discerning private clients and privately owned businesses have not significantly changed.  CG and Edward, being strict Non-Conformists, would not accept instructions on divorce matters nor would they act in criminal cases. Our flourishing family department is evidence of the changes naturally flowing from growth and development of the firm although it remains the case that as a civil firm we do not undertake criminal cases.  Whilst seeking to embrace all the advantages which modern technologies, processes and practices have to offer to improve the delivery of modern legal solutions to our clients, the firm firmly maintains an eye upon its roots and the values of integrity, reliability and professionalism laid down by Charles, Edward, KD, Geoffrey and Peter.